Edward Kwong is an illustrator based in Vancouver, Canada, with a portfolio of work that reminds me of some of the illustrations coming out of the early 20th Century during the illustration’s ‘golden age’. Ed explains his background and his work process for us.

Ed didn’t become interested in illustration until attending college. ‘Originally, I had more of an inclination towards character and concept design for video games or animation, but had a change of heart after being exposed to a great deal of illustration work from current and past decades. The variety of approaches and the encouragement to experiment and find a personal voice in illustration is what really sealed the deal’.

Ed’s work incorporates the use of graphite pencils, watercolours, gouache and acrylic paint, and Photoshop.

‘My process starts off with little doodles off the top of my head. A little bit of sorting out ideas and then a fair amount of research into whatever subject matter I want to illustrate comes next. Time here is really valuable and it’s where you can really get yourself excited and into the nitty gritty details about narrative or what type of mood or message you want to convey’. 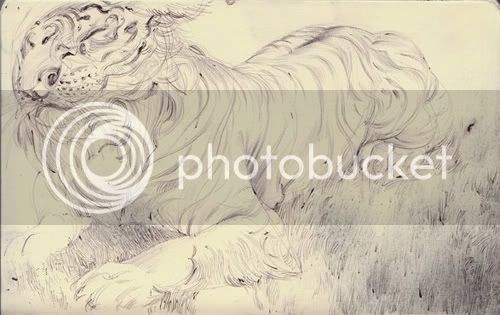 ‘Numerous thumbs of whatever ideas I have follow to weed out the weaker ideas for composition. Depending on the strength of the thumb, that will usually turn into a tighter compositional rough where specific details are further rendered out. From this point I’ll either transfer the comp (mock-up) onto whichever surface I feel is right (lately, that’s been heavy stock watercolour paper) or draw the composition over on the final surface fresh, with the comp as reference. Most of the grunt work is done traditionally with Photoshop later used to add colour, tweak levels or add graphics’.

Ed is currently working on a short comic for The Anthology Project, a collaborative collection of comics from various artists, and on illustrations for a personal mythology project.

See his blog for updates.