I was recently impressed by the felt tip pen illustration work of an English artist going by the name of ‘Mr Frivolous‘. As most of you have probably found out, drawing a picture with felt tip marker pens can be messy and difficult.

The illustrations shown here show that with skill, to create complex and bold images using such media is possible, to very pleasing effect. I shot Mr Frivolous a few questions.

He studied for a BA at the University of the Arts (formally the London Institute) although describes his work as self taught. 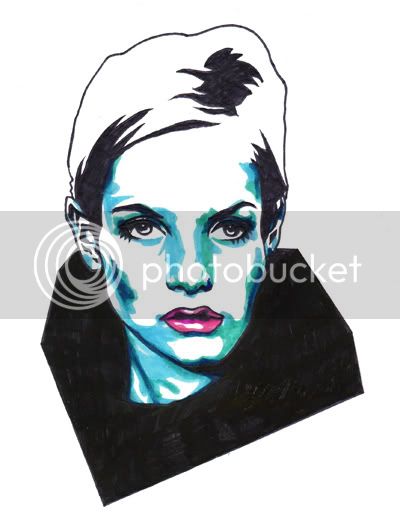 What is your work process and the equipment you use?

I usually wake up and try to work out what I’m going to draw which takes me an hour. I then decide which Smashing Pumpkins album to play to help me whilst I’m working, which takes another hour. By then I realise it is best to leave my itunes on shuffle.

Then comes a blank A4 piece of paper that remains blank for another hour. I then pull out a mixture of my favorite Pondland and Berol felt tip pens, find an image then away I go.

What three illustrators, if any, are you most influenced by?

There are probably about a million illustrators/artists that I am influenced by or really admire, but the first three that come to mind, in no particular order, would be Gustav Klimt, Jimmy Turrell and James Jean.

What are you working on at the moment?

At the moment I’m getting some more prints done starting with “Nothing’s Perfect”, which you can see on my blog. And did I mention world domination?